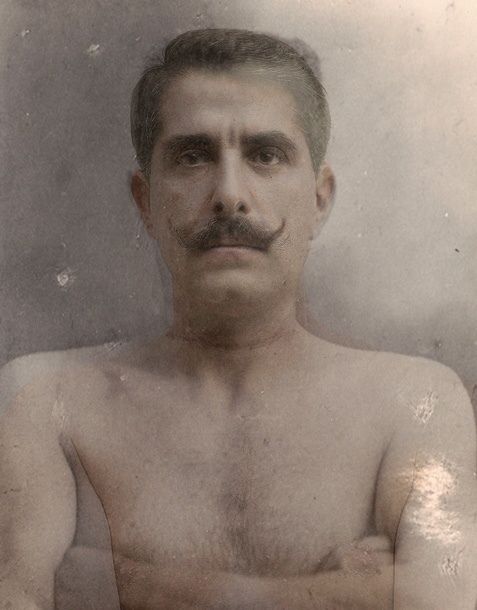 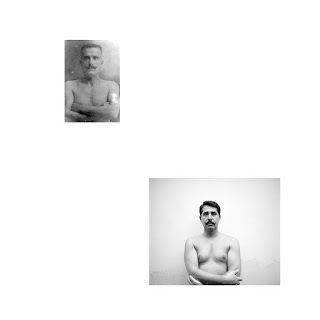 Two generations separate us with my great grandfather, two clicks and many stories in between those two layered photographs, took probably around the same age.

One shot during the arrival of the Allied troops to Damascus in the First World War and the fall of the Ottoman rule in the Middle East. The other shot in Sicily when I surrendered to the idea of a broken marriage.

They say that a high ranked officer from the British Royal Army whose life you saved, made that photo-portrait of you to remind himself of that event. They also say that he offered you citizenship which you refused!
The gesture of layering those two portraits in one, is like the whispering of timeless questions that rise from the rubbles of shame and pride.