Synopsis
This work is a 'document' of a 40 years old friendship. 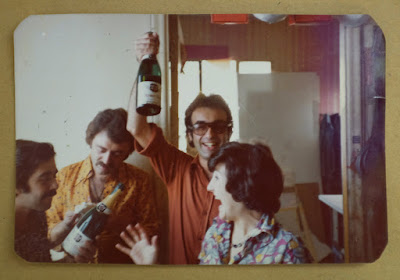 The only surviving document prior to civil war's destruction of the office. 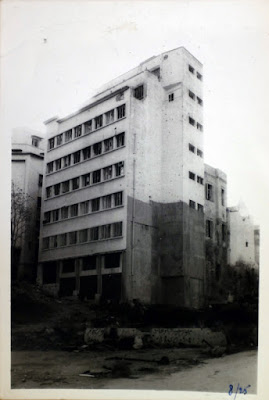 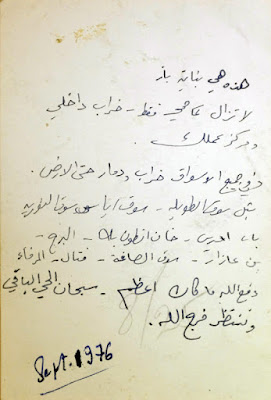 Eyewitness document by Nabil's uncle of damage at the office:
"This is Baz Building
It's still standing - just inner destructions and your office.
In the area of the markets, downtown Beirut, rubbles and ruins everywhere:
Souk el Taweeleh - Souk Ayas - Souk el Nourieh
Bab Edriss - Souk el Sagha - Fattal - the port
May All mighty God help us and protect what's left." 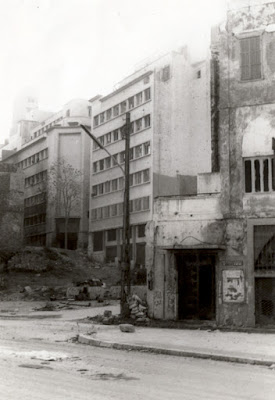 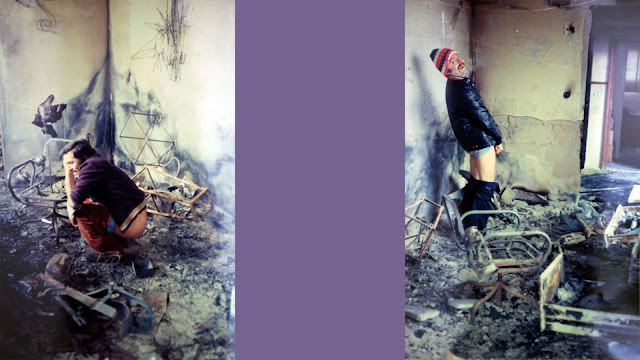 Downtown Beirut, 1975.
Nabil and Corni, both production designers,
go back to work after an absence due to raging battles
in the first weeks of the Lebanese Civil War.
They find a devastated city center
and their office burned down to ashes.
to watch moving image click here
One channel video loop projection (silent)
duration 2min SD to HD. 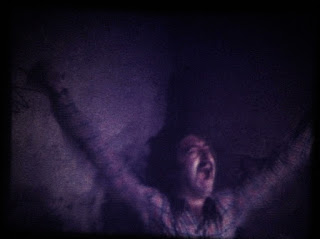 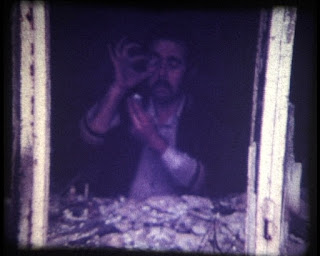 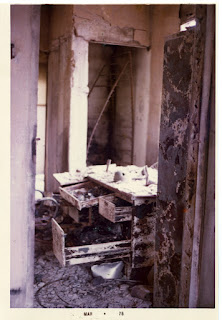 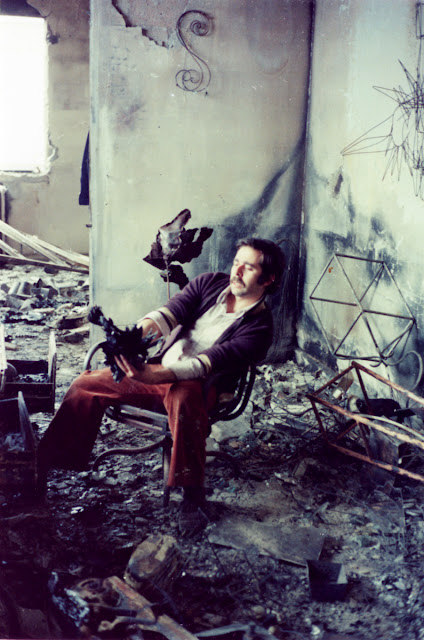 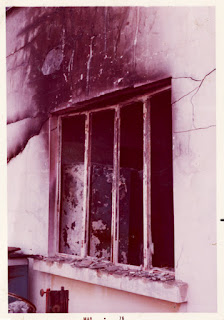 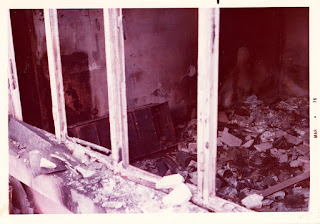 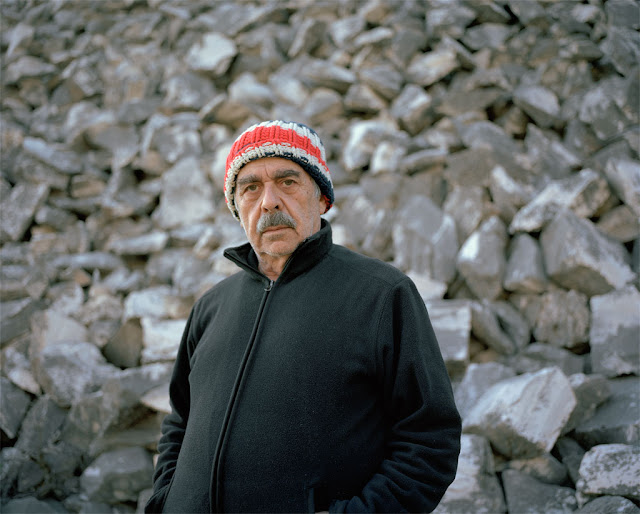 Portrait of Nabil, 40 years later with Corni’s wool cap.
Few months after the s8mm film was shot in 1975,
Corni migrated to Greece, and Nabil waited till almost the end of the Lebanese Civil War in 1989 to do the same.
Corni passed away at the beginning of the Greek Economic Crisis of 2010.
He had a fatal stroke while standing in a queue at the tax office. 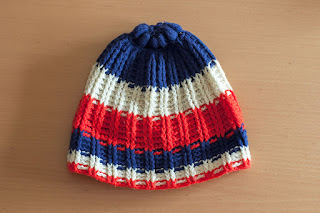 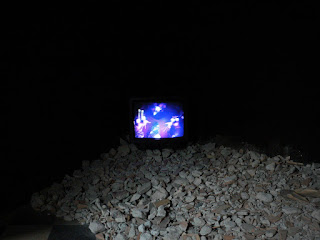 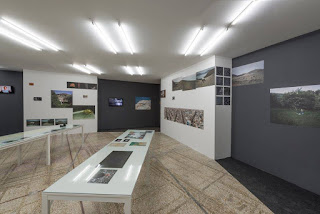 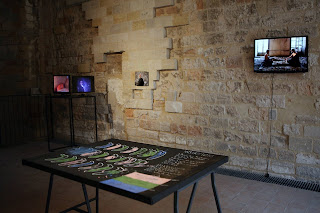 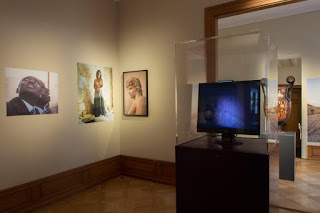 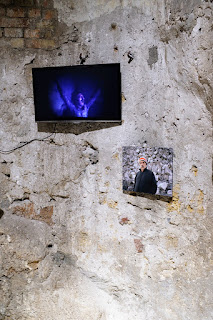